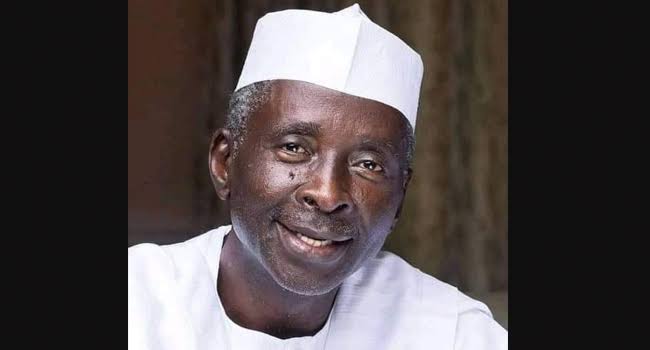 The burial organised by the Evangelical Church Winning All (ECWA), Manchok, was attended by relatives, friends, associates, and top government officials including, Gov. Nasir El-Rufai, his deputy, Dr Hadiza Sabuwa Balarabe, as well as the deputy governors of Plateau and Nassarawa states, among others.

There were tributes from the church, family members, friends, traditional and the political class, among others.

In a goodwill message, Governor El-Rufai described the late Bantex as a dependable, honest and loyal friend, who always believed in the potential of the state and its people. He prayed to God to rest his soul.

The wife of the deceased, Mrs Ladi Bala, said her husband died a peaceful and happy man, in spite of the pains he went through in sickness.

Also speaking, his eldest son, Mr Banta Bala, thanked all who came to pay their last respect to their late father, and appealed to the people to always speak good of the living, instead of only realising how good a person was after he or she must have died.

Bantex, who died after a protracted illness on July 11, was Governor El-Rufai’s deputy from 2015 to 2018, resigned on the eve of the 2019 general elections to contest the Kaduna South Senatorial seat on the platform of the All Progressives Congress (APC) but lost to the incumbent Senator Danjuma Tella Laah of the Peoples Democratic Party (PDP).

He also served as the chairman of Kaura Local Government and member representing Kaura in the House of Representatives.