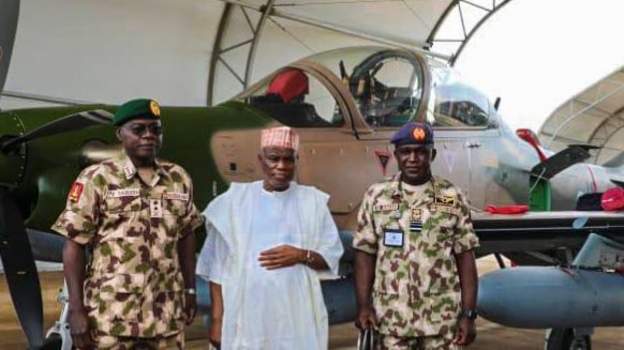 Nigeria has received the first six military aircraft it bought from the United States, which are expected to boost its efforts in tackling violence by various armed groups, Oyogist reports.

The military equipment, which includes various A-29 Super Tucano planes landed in the northern city of Kano, in the presence of various military chiefs.

Bigeria had placed an order for a dozen military planes from the US, which took a few years to manufacture.The remaining six are expected to arrive in the country in October

The planes are expected to help in surveillance and airstrikes against insurgents and other criminal gangs.

The country is currently grappling with various degree of insurgency including constant attacks by Fulani herdsmen and Boko Haram.

“As long as I pay you tithe, you’re accountable to me” Actress Amanda Ebeye tells pastors