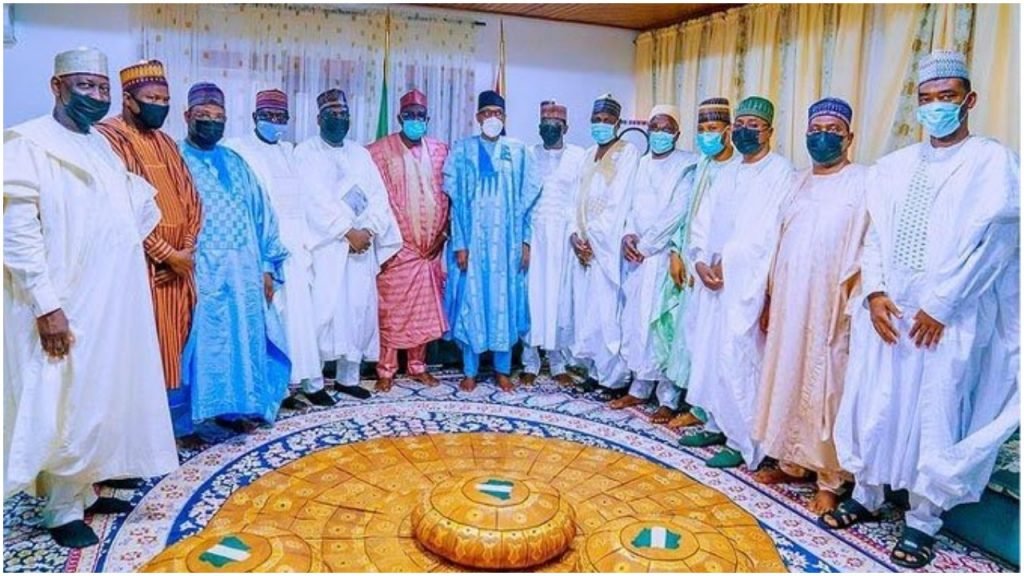 According to report reaching oyogist.com, President Muhammadu Buhari Thursday in Daura, Katsina State, urged historians and intellectuals to be factual in keeping the record of the administration, especially in guiding the electorate to make the right choice of leadership for the country.

The President made the statement when he received not fewer than 12 governors of the All Progressives Congress (APC) at his country home, Daura, Katsina State where he spent the Eid-el-Kabir Sallah holiday.

The outcome of the meeting was disclosed by Garba Shehu, the Senior Special Assistant on Media and Publicity to the President in a press release made available to oyogist.com on Thursday.

According to President Buhari,: “the future of the country would be shaped by the diligence and honesty of those who document history and provide analysis of situations, knowing the value of what obtained in the past, and afterward.

“it would be unfortunate to mislead electorate with lies, and personal bias, reiterating the need to put the larger interest of the country beyond other colorations.

“For the time remaining, and for those who have one more term in office based on the provision of the constitution, the elections are important to the parties. Intellectuals and historians should be fair to us so that those who are looking for leadership positions will not exploit the political ignorance or lack of knowledge of the people,’’ he said.

“We have done our best and thank God for what we have been able to achieve with the available resources, otherwise we would have been in trouble,’’ he added.

According to President Buhari, “the security situation had improved compared to the instability in the North East before 2015, and the South South, where some parts of the north were directly under the control of terrorists, while the south was facing serious challenges.

“The subsequent development in the North West is the most amazing, where people who lived together, spoke same language and shared common faith started killing each other and rustling cows.

“I had to change the security chiefs and we had to get down to the fundamentals of providing security. If you look at the situation in relation to time and resources, you will find out what we have been able to achieve, ’’ the President noted.

He said oil prices fell from more than 100 dollars to less than 38 dollars under his administration, and the output that was 2.1 million barrels a day dropped to about 500,000 barrels, yet a lot was achieved.

The 12 governors at the meeting with the President are: Prof Ben Ayade of Cross River, David Umahi of Ebonyi, Bello Matawalle of Zamfara, John Kayode Fayemi of Ekiti, who is Chairman of the Nigerian Governors Forum, Aminu Bello Masari of Katsina, Solomon Lalong of Plateau and Abdullahi Ganduje of Kano.

Babajide Sanwo-Olu of Lagos, Abubakar Sani Bello of Niger, Adegboyega Oyetola of Osun, Abubakar Bagudu of Kebbi State, and Abdullahi Sule of Nasarawa States were also part of the homage.