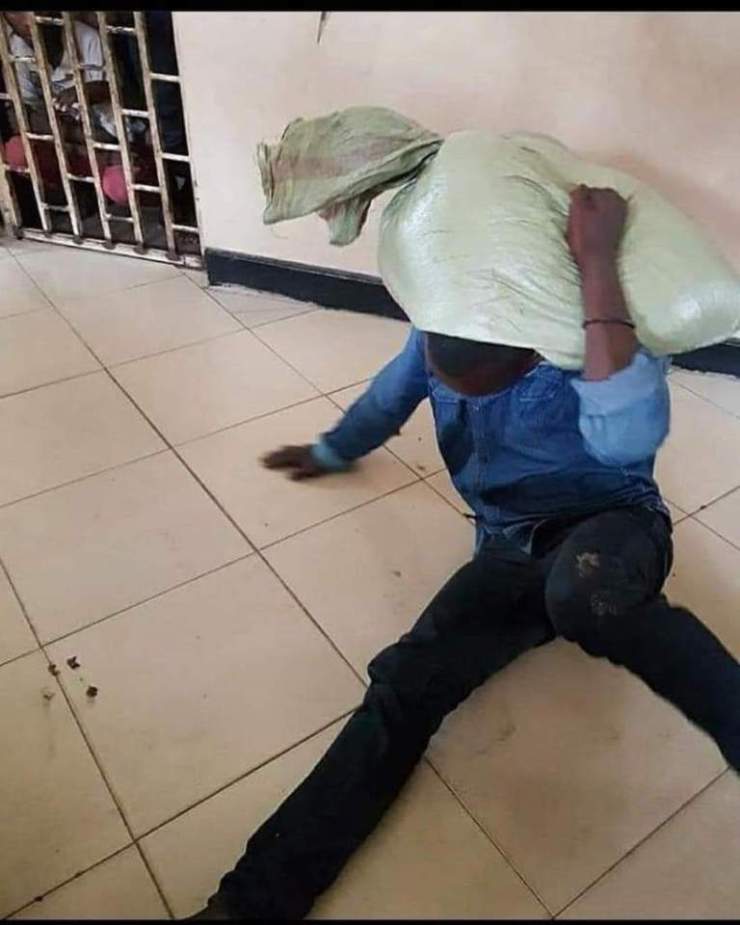 Oyogist has learned that an unidentified young man, who stole a bag of maize, singlehandedly turned himself over to the police citing a strange occurrence.

According to a post by twitter user, @AgyaThanos, the incident happened in Binduri in the Upper East Region of Ghana.

The thief was urged to hand himself over to the police after the bag of maize he reportedly stole refused to leave his head.

The tweep shared photos of the thief and the bag glued to his head and captioned ;
”A thief at Binduri in the Upper East Region has handed himself over to the police after a bag of maize he stole refused to come down from his head…”