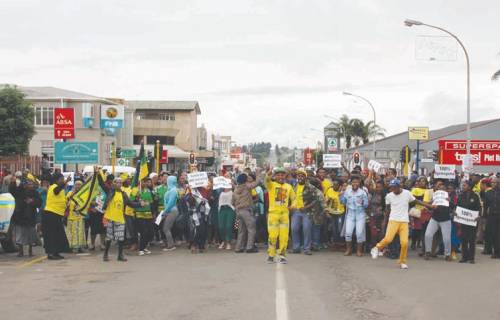 Oyogist has learned that several Business owners in south Africa have been thrown into total devastation, following days of rioting and looting over jailed ex-President Jacob Zuma.

Shops, warehouses and buildings have been set ablaze, as over 70 persons have been killed so far .

Also, 1,234 suspects had been linked to attacks on various infrastructures in the country.

Protests that followed Zuma’s arrest last week have widened into an outpouring of anger over the inequality that remains 27 years after the end of apartheid.

President Cyril Ramaphosa, in a nationwide speech on Monday, lashed the looters and said he was sending in troops to “restore order.”