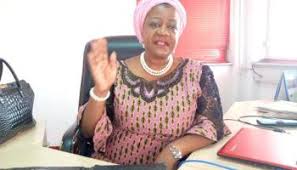 Oyogist has learned that the Nigerian Senate on Tuesday cancelled off the nomination of Ms Lauretta Onochie as a National Commissioner of the Independent National Electoral Commission (INEC).

The Chairman of the senate Committee, Senator Kabiru Gaya said the Committee rejected the nomination of Onochie because there is already a National Commissioner of INEC, Mrs May Agbamuche, representing Delta State.

Jega urged President Buhari to withdraw Onochie’s nomination and replace her with another reputable individual from her state.