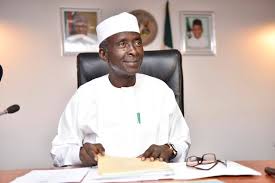 “In the midst of trying times, I have received with utter sadness news of the departure of my friend and brother, His Excellency Barnabas Bantex.

“I have spoken to his family and conveyed our condolence on behalf of the government and people of Kaduna State.
We shall work closely with his family to grant a befitting farewell to a man who gave so much to this state even when hobbled by ill-health”.
Barnabas BantexGovernor Nasir El-RufaiKaduna State
Share
0
FacebookTwitterPinterestLinkedinRedditWhatsappTelegramViberEmail