‘We Have Defeated Insurgency In Nigeria – Maj. General Eneche says 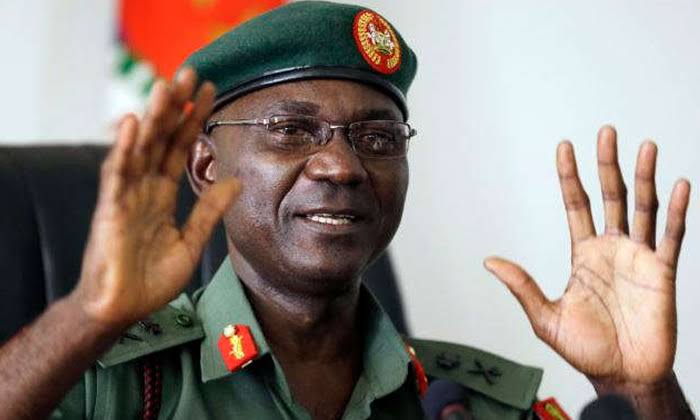 According to reports reaching Oyogist.com, the Nigerian defence headquarters (DHQ) said the Armed forces have defeated boko Haram and several other insurgency in the north-east.

Major General John Enenche, who disclosed this during an interview, further noting that the federal government and the military has reduced the rate of insurgency in the country since 2015.

“The issue of bombings that even spread to other places like Abuja, Kano, Niger and Kogi States, including their slipper cells no longer exist,” he said.

“What about suicide bombing, which is one of the signs of terrorism? It was rife and even at our checkpoints they come and detonate bombs as well as public gatherings; all these have been nipped properly.

“If you put all these together, I can tell you that terrorism has been checkmated.“However, the signs are still there with isolated action here and there; common with terrorism.”Enenche said history has shown that terrorism “is a very resilient type of enemy activity”, adding that the type of terrorism in Nigeria is not “a smart one” but rooted in the state of mind of a group of people.