“We have accordingly decided that beyond Thursday the 30th of April, we should begin a gradual and phased recovery,” Ramaphosa said in a televised speech.

“We will implement what we call a risk-adjusted strategy through which we take a deliberate and cautious approach to the easing of current lockdown restrictions.”

Ramaphosa rolled out strict confinement measures on March 27, under which people were only allowed to leave their homes for groceries, pharmaceuticals and medical appointments.

The spread of infections slowed during the lockdown period, which was later extended until April 30.

But authorities have struggled to keep people indoors — particularly in overcrowded townships — and many businesses feared they would not be able to recover from a prolonged shutdown.

“While a nationwide lockdown is probably the most effective means to contain the spread of the virus, it cannot be sustained indefinitely,” Ramaphosa said, adding that “clear evidence” showed the restrictions had been working.

“Our people need to eat, they need to earn a living. Companies need to produce and trade.”

South Africa has the continent’s highest number of coronavirus cases, with 3,953 infections announced on Thursday and 75 deaths.

That increase was the highest single-day jump recorded so far, and Health Minister Zweli Mkhize warned South Africa still had a “tough battle to fight”. OYOGist.com has learned that the Belgium international football player Marouane Fellaini has tested positive for coronavirus in the Chinese province of Jinan, a local health department confirms. Just
Read More 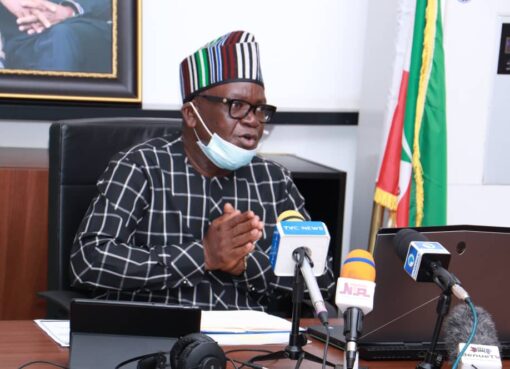 According to report reaching oyogist.com, the Governor of Benue state, Samuel Ortom, has reportedly urged the good people of Benue state to go for the COVID-19 test to know their health status on the
Read More Breaking his silence since the murder of the country’s top General, Qasem Soleimani, in an attack ordered by President Donald Trump, Iranian President has declared the actions of the United States of
Read More