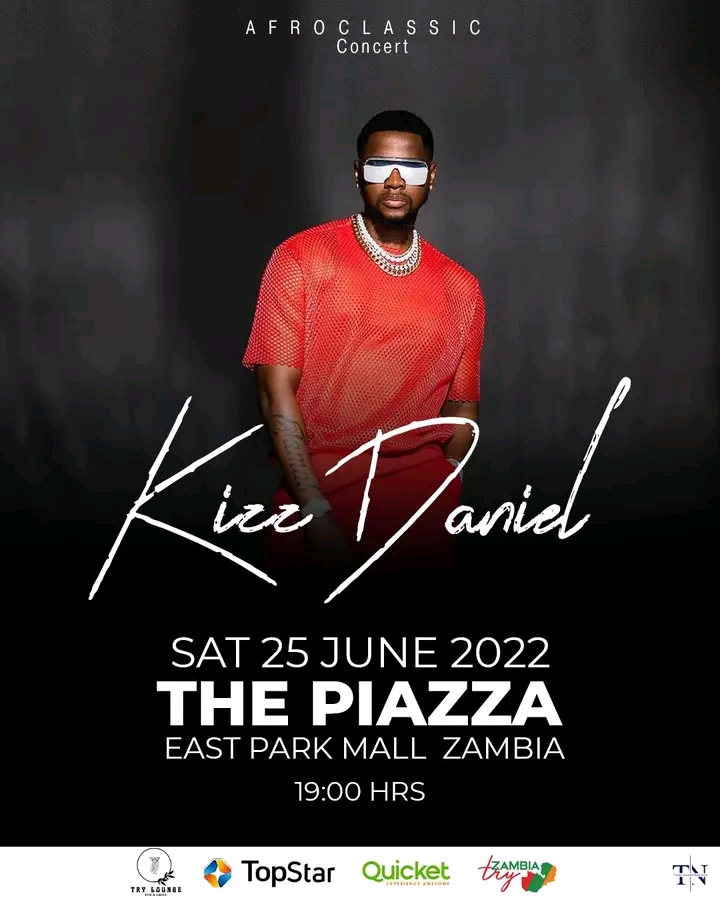 Singer, Kiss Daniel was greeted by a heavy crowd earlier today ahead of his show at the Afro Classic world tour in Zambia, Oyogist reports.

Upon arrival, the ‘Buga’ crooner was greeted by his fans who arrived to show their support for the singer.

Recall Kizz Daniel had earlier announced the release of the visual of his hit song ‘Buga’ on his verified Instagram page on Thursday, saying, “Wow!! 2m in 24hrs THANK YOU WORLD VA’22 #BUGA.”

Reports have it that the popular song, featuring “Tekno” has taken the world by storm and has been trending all over the world since its release.