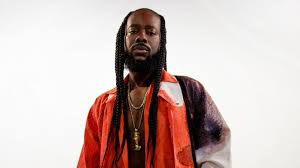 Nigerian singer, Adekunle Gold has announced that his next tour would hold at Silver Spring, a census-designated place in southeastern Montgomery County, Maryland, United States, near Washington, D.C, Oyogist reports.

Over the past few weeks, the singer has so far held mind blowing concert in major areas across the United States.

However, in a recent update few minutes ago, he announced that his next concert would hold at the Silver Spring centre, in North America.

Recall few days ago, the singer alongside his wife, Simi marked the second birthday of their daughter, Adejare.

The duo took to their individual social media pages to pen heartfelt messages for their daughter.

On her Instagram page, Simi described Adejare as her “most precious, most wonderful gift,” as she also showered prayers on the celebrant.

Simi wrote, “My baby. My twin. You’re a wonder. You’re everything I prayed for and then much more. If I start to mention them now, it will turn to bragging. But I don’t love you because of how smart you are.

“I love you because you are the light of my life. I’m so proud to be your mummy. You’re my biggest, most precious, most wonderful gift.