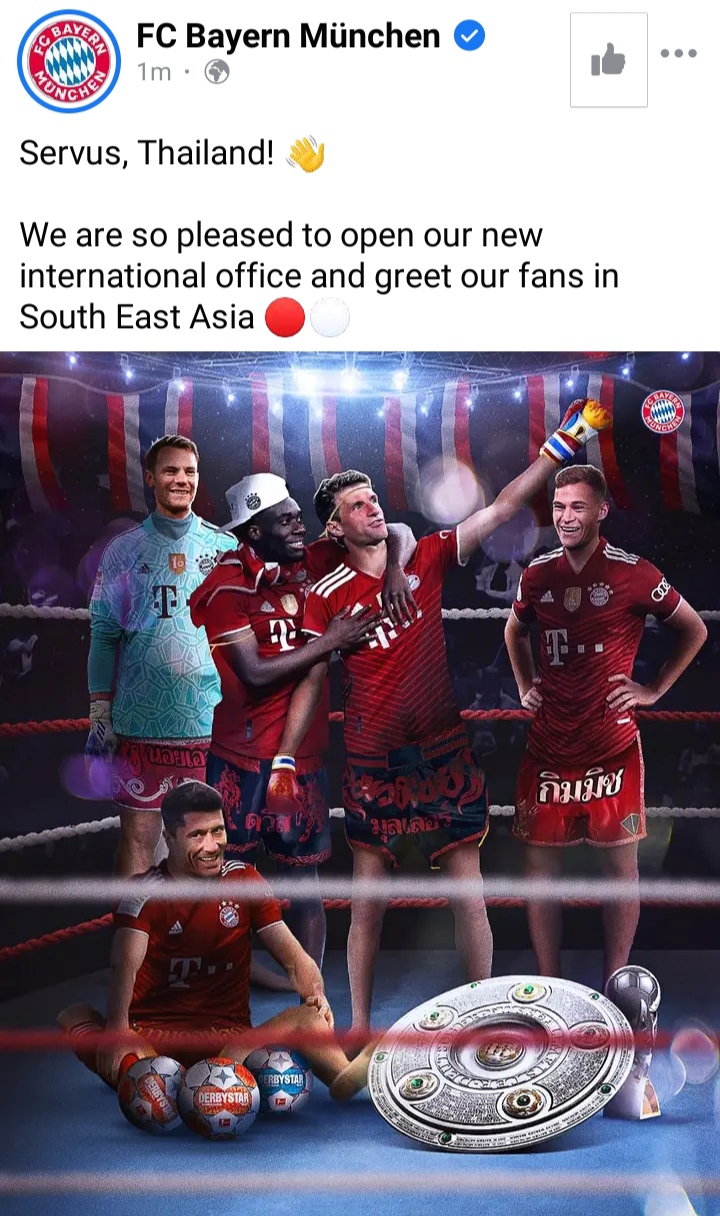 The club announced this in its recent Facebook post this morning, as it expressed excitement following the recent feat.

Recall few months ago,the club planned to develop in the region as its next focus market outside Germany.

FC Bayern intends to use its local office to intensify direct contact with football lovers, develop partnerships and expand existing partnerships for the promotion of youth football in the club.

CEO Oliver Kahn had said in a press statement;

“Football is the number one sport in Thailand and the whole of Southeast Asia. Around a quarter of the entire global population lives in the region, and we would like to inspire these people even more for FC Bayern.

“Our aim is to achieve a sustainable and lasting interaction with the local fans. We are very much looking forward to many joint projects with the millions of football-loving supporters in the region of Southeast Asia.”

JUST IN: Nigeria wants to imprison Kanu without trial, US lawyer writes Ohanaeze