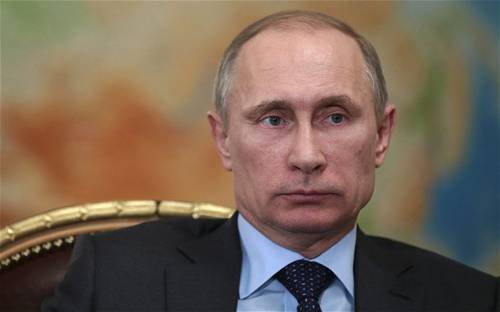 According to reports reaching Oypgist.com, Vladimir Putin, the president of Russia reportedly has only three years left to live.

An FSB officer described the Russian president’s condition as a ‘severe form of rapidly progressing cancer’, as speculation increased over the past few weeks that Putin was suffering with some form of serious illness amid the invasion of Ukraine, Oyogist reports.

The spy explained that Putin has ‘no more than two to three years’ left and is also losing his sight gradually.

News of the Russian leader’s terminal illness emerged as part of a secret message from the Russian agent to fugitive and former FSB agent Boris Karpichkov.

Although the Kremlin has not commented on the latest allegations of Putin’s ill-health, it denied he is suffering any kind of difficulties.

A top russian general had also disclosed that on Monday May 16 to Tuesday May 17, Russian President Vladimir Putin underwent a surgical operation.

Family is who takes care of you, doesn’t matter if you are blood related or not- Annie Idibia