(VIDEO) Comedian, Mr Macaroni Expresses Joy As Angostura Gifts Him Customised Wine With his Name Inscribed On The Bottle 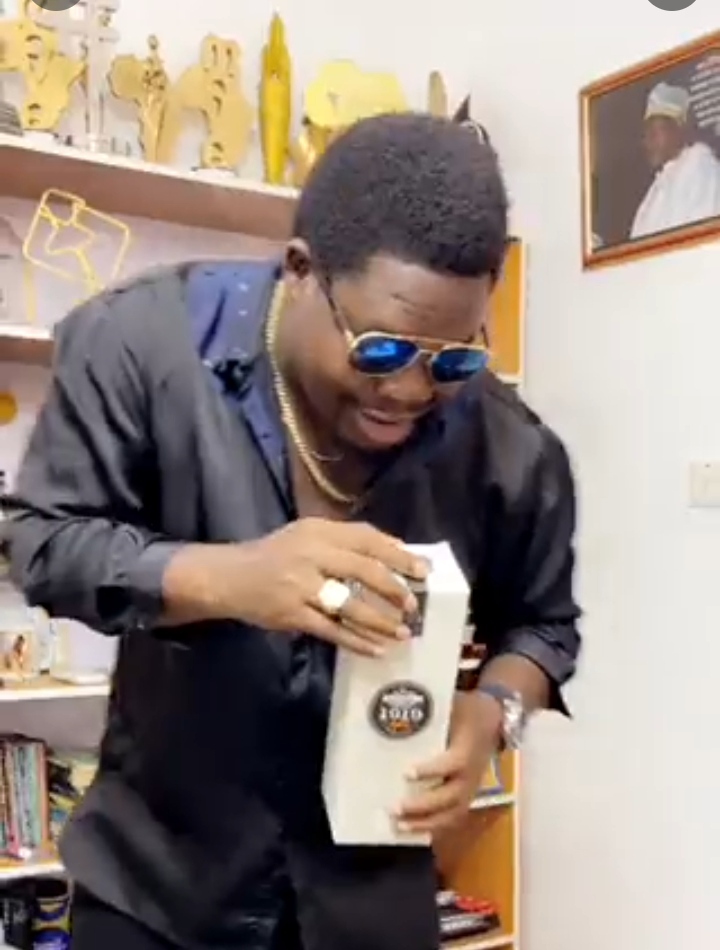 The ‘ooin’ skit maker in a video shared on his official Twitter page few minutes ago, thanked the company for the special gift as he flaunted the wine bottle with his name, Mr Macaroni carefully inscribed on it.

Recall few days ago, the comedian had openly demanded justice for a sound engineer, identified simply as David, who was allegedly beaten and set ablaze by suspected motorcyclists in the Admiralty area of Lekki, Lagos State.

The motorcyclist was said to have conveyed the duo to the destination when an argument bordering on N100 ensued between the motorcyclist and David’s friends.

JUST IN: Prince Kpokpogri Speaks On Tonto Dikeh’s Involvement In The Demolition of His Abuja Mansion