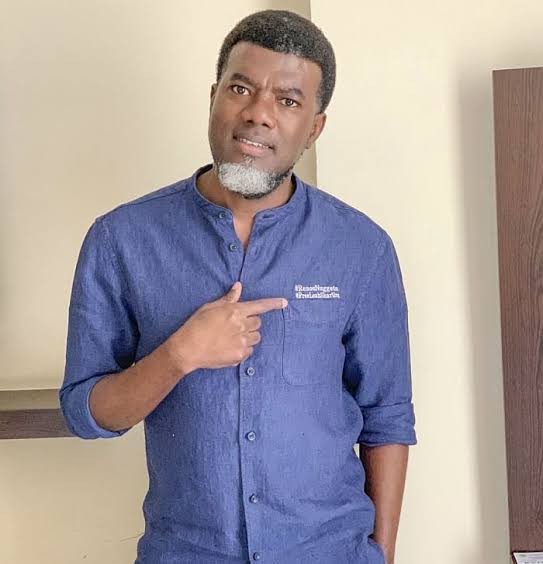 Popular Human Activist, Reno Omokri, has reacted the to the news of the arrest of the Accountant General of the Federation, Mr. Ahmed Idris, for alleged involvement in fraud and money laundering worth N80 billion, oyogist reports.

Reno had asked Academic Staff Union of Universities not to suspend their ongoing strike if its members’ demands are not met.

Recall that Nigeria’s accountant-general was arrested on Monday “after failing to honour invitations” by EFCC to respond to the allegations.

According to a post by Reno on his social medias handles, he encouraged the lecturers to insist that the Federal Government pays them with the N80 billion allegedly stolen by the arrested head of Nigeria’s treasury.

Omokri wrote, ” Dear ASUU,If the Accountant General of the Federation can steal ₦80 billion, then you have no reason to end your strike.

Ask Buhari to use the stolen ₦80 billion to pay you and then keep the change. After all, the money you are asking for is not even up to ₦80 billion!Just look at how morally bankrupt Nigeria is.

The same Accountant General of the Federation, Ahmed Idris, married a 16 year old girl and he was not sacked or arrested by Buhari.

Should anyone then be surprised that a man who can marry a 16 year old can also steal ₦80 billion!”

Woman eaten by her 20 pet cats after she collapsed