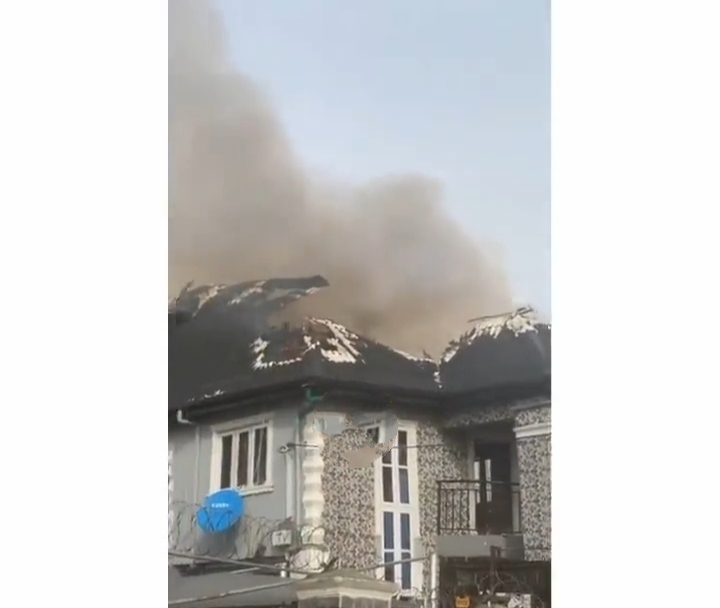 A young Nigerian man has received praises shortly after he stopped a building from burning to the ground, Oyogist reports.

The tragic incident which occurred in Ojo Lagos left several residents in shock as the man single handedly stopped the fire in less than 15 minutes.

Although, he passed out shortly after, a team of specialists rushed him to a nearby hospital where He’s currently recovering.

“When you have no hope in your country, u then tend to save yourself and your property by yourself…if not why will a man without fire hazard knowledge risk his life?

“Tell me, if this was in abroad this man will try dis when he knows just a 911 dial will save it all.