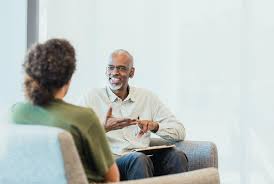 A Nigerian man has revealed how a therapist based in Benin allegedly threatened to stab him shortly after he went for checkup, Oyogist reports.

According to the man identified as Alem, he received a call from the therapist on Wednesday morning, asking him to come for checkup.

Upon his arrival, he noticed that the therapist who seemed visibly agitated, didn’t pay any attention to him.

However, after an hour, the therapist began asking him unrelated questions, which he refused to respond to.

Going further, the man stated that the therapist also threatened to stab him if he didn’t respond to his questions.