Actress, Halima Abubakar Reveals Why She Took A Break From Nollywood 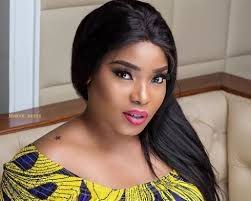 Nollywood Actress, Halima Abubakar has revealed the main reason why she decided to take a break from acting, Oyogist reports.

According to her, she decided to step back because most producers demand sex from actresses before allowing them feature in their movies.

“Taking a break is necessary. I have won all awards and won’t be too hungry to ass lick or belong to a group.