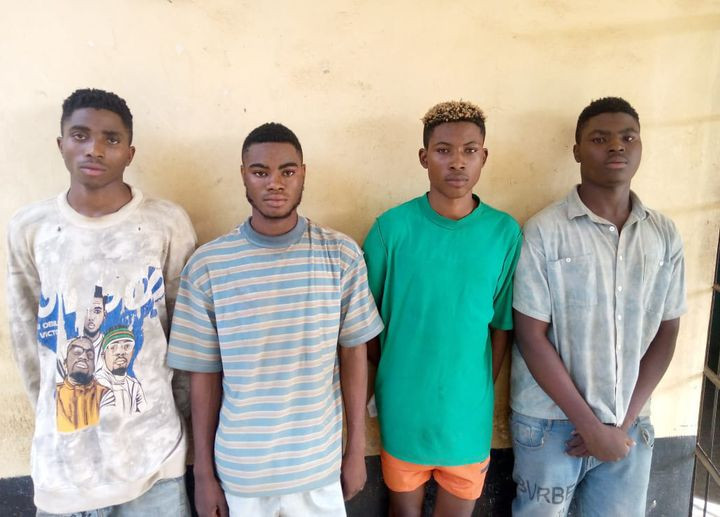 Oyogist has learned that Four young men have been arrested by the police for alleged rape and cyber stalking of a 28-year-old woman.

It was gathered that the young men deceived the girlfriend of one of them, taking her to a hotel where they spiked her drink and forcefully slept with her.

ASP Abutu Sunday, The spokesperson of the Ekiti State Police Command, while confirming the arrest, disclosed that the victim said she was invited to a hotel in Ado-Ekiti, by her boyfriend where she met him smoking weeds and drinking alcohol with his four friends.

The victim said she was offered a bottle of drink suspected to have been spiked and lost consciousness after taking it.

Upon regaining consciousness, she discovered that one of the suspects was raping her while others including her boyfriend were filming the act and making fun of her.

She said she begged the suspects to delete the video but instead they posted it on TikTok.

She later reported the case to the police who swung into action and arrested the four suspects.