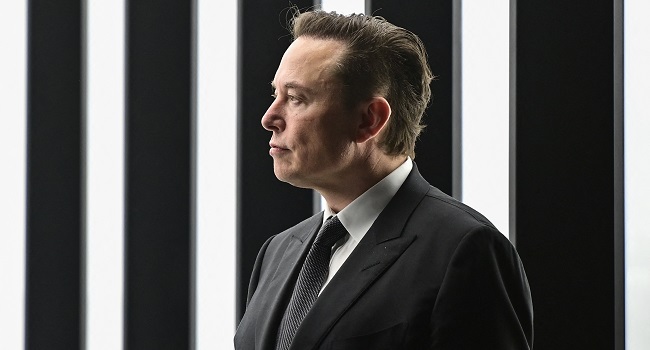 Tesla CEO and richest person in the world, Elon Musk, has said he does not own a home of his own, Oyogist reports.

During a recent interview, Musk responded to comments on criticisms billionaires receive as a result of their wealth when he made the revelation.

“I don’t even own a place right now, I’m literally staying at friends’ places.

“If I travel to the Bay Area, which is where most of Tesla’s engineering is, I basically rotate through friends’ spare bedrooms,” he said.

Musk agreed that although his wealth was massive, it would be very problematic if he was spending excessively on personal luxuries

.“For sure, it would be very problematic if I was spending billions of dollars a year in personal consumption, but that is not the case,” he said.

The billionaire said he did not have a yacht or really take vacations but he does have a personal plane.

“It’s not as though my personal consumption is high. I mean, the one exception is the plane, but if I don’t use the plane then I have less hours to work,” he explained.

Over the past few years, friends and associates of musk have acknowledged his frugal ways of spending money.