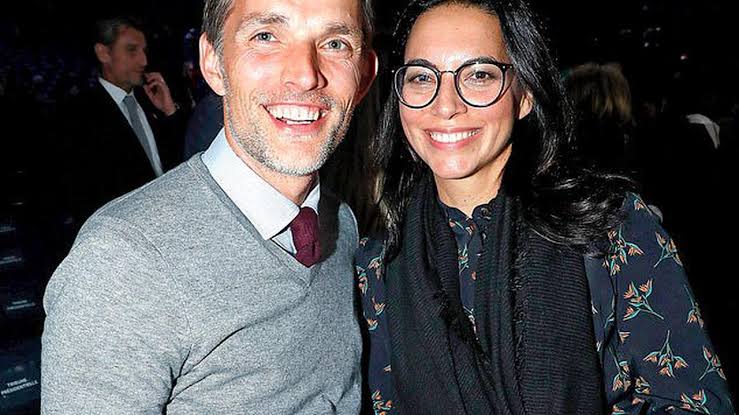 Oyogist has learned that Chelsea coach, Thomas Tuchel Chelsea manager, Thomas Tuchel has split from his wife of 13-years, Sissi, with the German facing a multi-million-pound divorce settlement.

According to the publication, his wife Sissi began divorce proceedings last week, with friends saying that ‘all avenues are exhausted’ when it comes to hopes of a reconciliation.

‘Sissi and Thomas have tried to avoid splitting but in the end there was no other way,’ said a source.

‘It is very sad and now it is all about making sure their daughters are the top priority. Papers were lodged last week to get the divorce under way.

He initially stayed in a hotel before the family set up home in Cobham, Surrey, near Chelsea’s training ground.

Mail Online reported that his wife gave up her job at the German newspaper Süddeutsche Zeitung to bring up their family. Sources say the couple are determined to keep the divorce amicable.