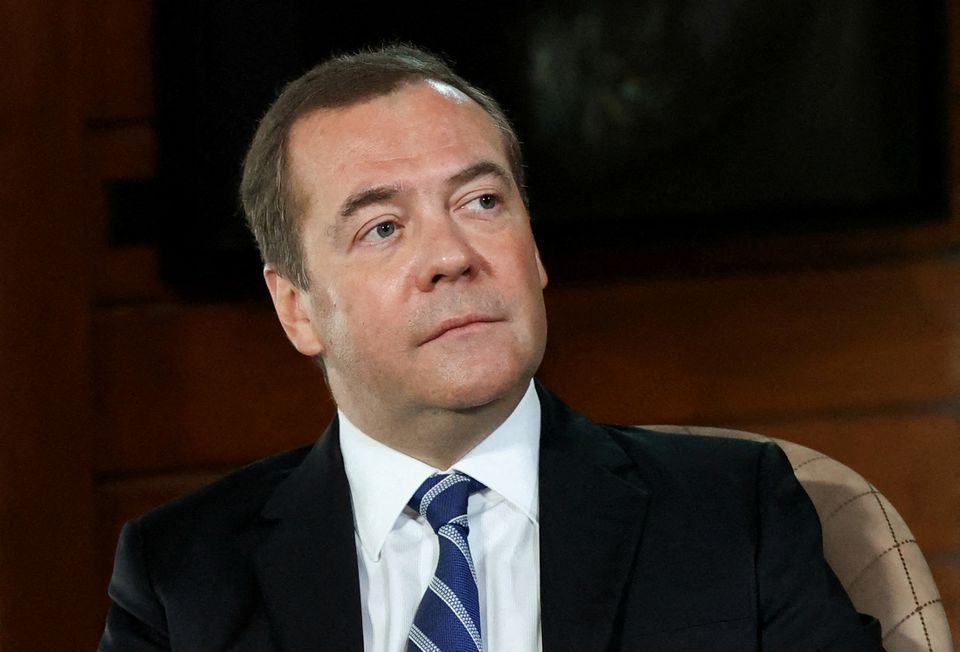 Oyogist has learned that Dimitry Medvedev, a former Russian president has stated that it is “foolish” to believe that Western sanctions against Russian businesses could have any effect on the Moscow government.

“The sanctions will only consolidate the Russian society and not cause popular discontent with the authorities, Medvedev told Russia’s RIA news agency in an interview on friday.

Recall Oyogist had earlier reported that the West has imposed series of sanctions on Russia following its invasion of Ukraine, but one month into the war, the Kremlin says it will continue the assault until it accomplishes its goals of Ukraine’s “demilitarisation and denazification”.

Some of the sanctions have specifically targeted billionaire businessmen believed to be close to President Vladimir Putin.

“Let us ask ourselves: can any of these major businessmen have even the tiniest quantum of influence of the position of the country’s leadership?” Medvedev said.

“I openly tell you: no, no way.”Medvedev said opinion polls showed that three-fourths of Russians supported the Kremlin’s decision to carry out a military operation in Ukraine and even more supported President Vladimir Putin.

Singer, Victony Responds To Claims of Using a Wheel Chair to gain Popularity