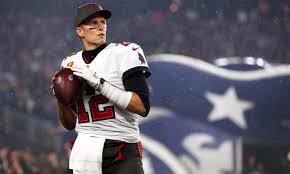 NFL’s legendary quarterback Tom Brady has announced his retirement from American football after 22 seasons in the game.

The sports legend revealed earlier this week that his family influenced his decision about retirement.

However, fans around the world have hailed the star as ‘the greatest’ as they lauded his stunning achievements.

Brady has previously said he desires to play until he was 45 — which he would manage if he plays until his birthday in August.

But he said earlier this week his family would have a big say in whether he continues.

‘My wife is my biggest supporter,’ Brady said on his ‘Let’s Go!’ podcast.

‘It pains her to see me get hit out there, and she deserves what she needs from me as a husband and my kids deserve what they need from me as a dad.

“I’m gonna spend some time with them and give them what they need, because they’ve really been giving me what I need the last six months, he said further.