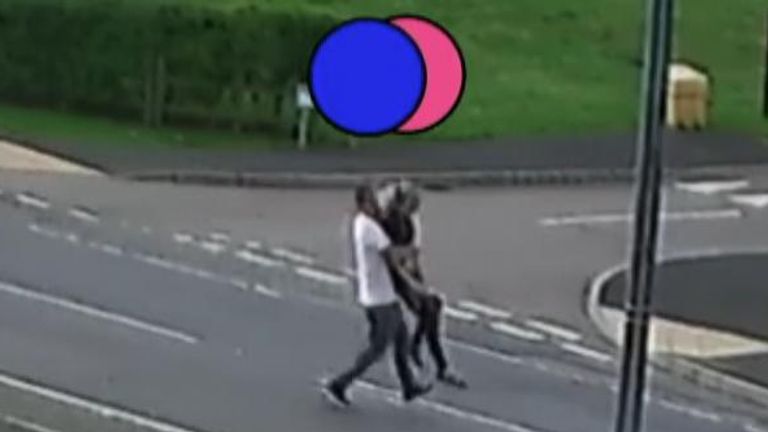 Oyogist has learned that a teenage girl, Angel Lynn, 19, was left with life-changing injuries after she was forced into a van by Chay Bowskill, her alleged boyfriend.

Angel Lynn was found lying seriously injured after she fell from the vehicle as it travelled along a dual carriageway at 60mph.

Angel suffered a fractured skull and catastrophic brain injuries after falling from the van and is still unable to communicate, Leicester Crown Court heard.

Bowskill, 20, and his friend Rocco Sansome, who was driving the van, both denied kidnap but were found guilty following a recent Trial.

Bowskill was sentenced to seven-and-a-half years imprisonment while Sansome was given a 21 months Sentence.

Meanwhile, Jurors were shown shocking CCTV footage of Bowskill chasing Angel across a road after she walked off during an argument.