Copyright 2021 - All Right Reserved
Home Celebrities Jaruma’s detention has nothing to do with our business deal, says Regina Daniels
Celebrities 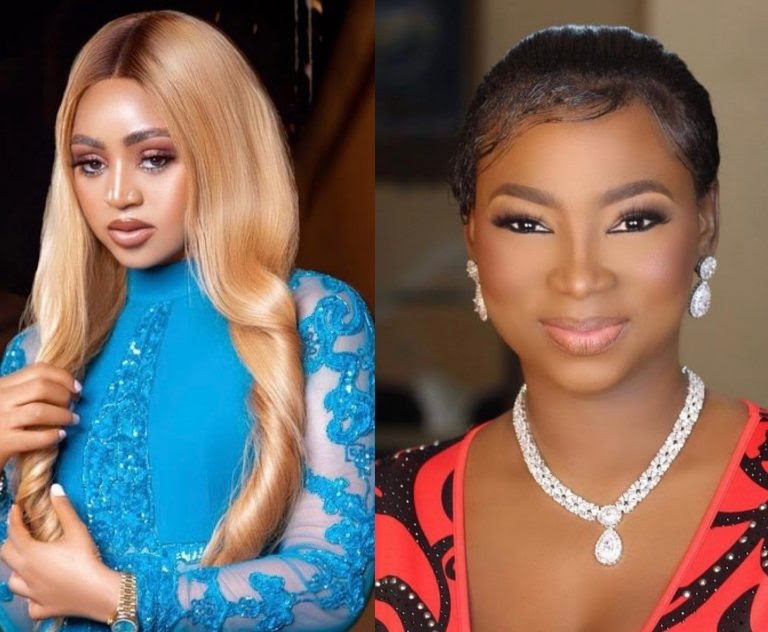 Nollywood actress, Regina Daniels, has refuted claims of her connection with the detention of popular Kayanmata seller, Hauwa Muhammed aka Jaruma, Oyogist.com reports.

Jaruma had been remanded in prison custody after attacking Regina’s husband, Ned Nwoko, on social media.

Jaruma was remanded by an Abuja Upper Area Court pending a bail hearing set for Friday.

The defendant was arraigned by the police following a petition by Nwoko to the FCT police command.

Nwoko had accused Jaruma of publishing falsehoods on her Instagram page against him and his wife.

He said Jaruma claimed in an Instagram post that she paid N10m to Regina to advertise Kayanmata but the actress reneged.

She subsequently went on Instagram to insult Nwoko, accusing him of benefitting from her product.

However, in a statement on her Instagram page on Thursday night, Regina stated that Jaruma’s detention had nothing to do with their business deal.

She wrote, “Please note that the petition, arrest and the detention of Jaruma has absolutely nothing to do with the business deal between me and her, but simply arose from the various false and malicious publications against my husband.”

Clearing the air on the business deal she had with Jaruma, Regina noted that Jaruma wanted more from her than what was earlier bargained.

She said, “Our original discussion was to post her adverts for her chocolates brand on my instagram page. Along the line, she wanted me to personally appear in the content on an entirely different product of hers which is her waist bead.

“We both considered it sufficient for the payment made. Miss Jaruma ruined every form of agreement or friendship we had when she falsely said to the general public that I was the cause of a major crisis going on in my family.

Mompha’s son featured on UK’s The Sun, described as the ‘world’s youngest billionaire’ who owned first mansion at age six and has a fleet of supercars