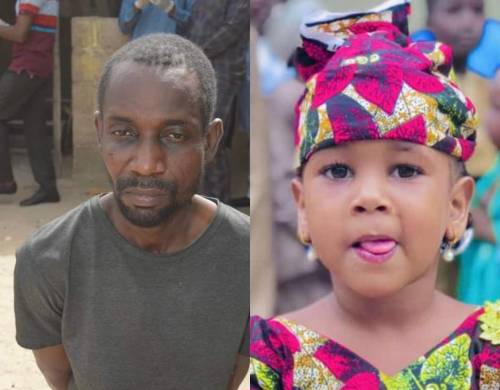 Oyogist has learned that Abdulmalik Tanko, the proprietor of Noble Kids Nursery and Primary School, Kawana, Kano, has disclosed how he killed a five year pupil of the school with N100 rat poison.

It was gathered that Hanifa Abubakar, a five-year-old pupil of the school, was kidnapped while on her way from Islamiyya School in December and subsequently killed.

Tanko, the school Proprietor while confessing to his wrongdoings Disclosed that he demanded a N6 million ransom from the parents of the child and in the process of collecting part of the money, he was arrested.

He had failed to disclose that the victim had been killed.When he was arrested at the Kano Police Command headquarters on Friday, he told journalists that he poisoned the girl with a rat poison that he bought for N100.