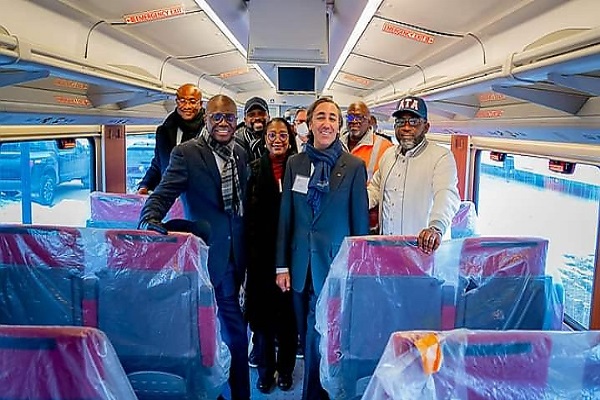 Oyogist has learned that the Governor of Lagos state, Babajide Sanwo-Olu administration’s has announced the acquisition of two sets of 10-car speed trains for the Lagos Red Line rail project.

The pact was concluded at a public event inside the Milwaukee facilities of Spanish train manufacturer Talgo Incorporated in the United States.

The red line will have 11 stations and when completed, it will be the first operational metro system in West Africa.

Speaking at the event, the governor said his government was excited to conclude acquisition of the two new trains.