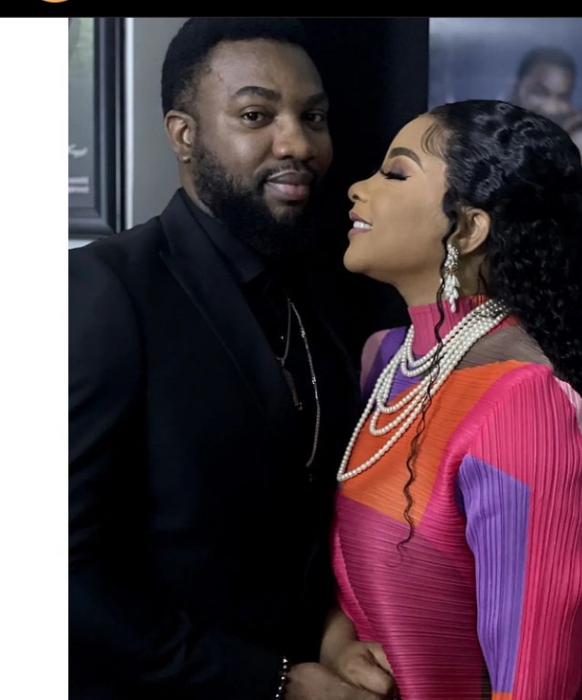 Popular Nollywood actor, Ibrahim Suleiman, has revealed that it took him months to realize that his colleague turned wife, Ihuoma Linda-Ejiofor had feelings for him, Oyogist.com reports.

Recounting his relationship before marriage with Ihuoma his wife, the actor said that he always assumed that Ihuoma was out of his league so he never thought she would like him.

He wrote;“It took me monthsssss to realise that Ihuoma had feelings for me, because I was so sure she was out of my league. I even self-zoned myself as her homie.