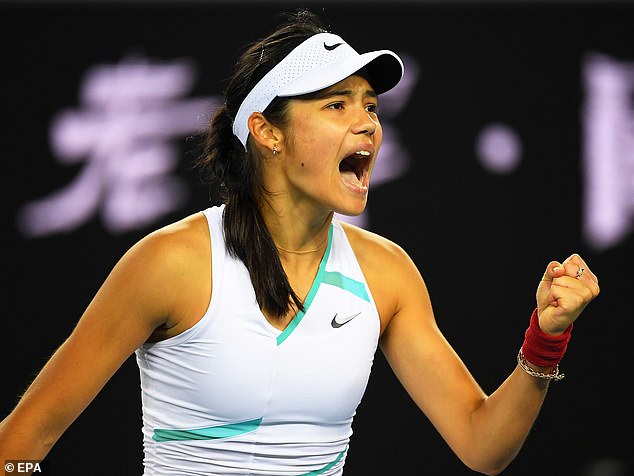 Oyogist has learned that British tennis star, Emma Raducanu emerged victorious at a grand slam again as she marked her Australian Open debut while battling against Sloane Stephens.

The 19-year-old has found wins hard to come by and has faced criticism since her extraordinary success in New York in September but, back on the big stage, Raducanu came up with the right formula again to claim a 6-0 2-6 6-1 victory.

She lost just four points in a startling first set that admittedly was woeful from Stephens before the American hit her stride in the second.

Raducanu had emerged winner of the first set, claiming 6-0 in just 17 minutes of action.

In the second set, Sloane Stephens fought back superbly to take the center stage as she made it 6-2.

However, the US Open champion found her groove again to claim the final set 6-1.

She will play Danka Kovinic from Montenegro in round two on Thursday.