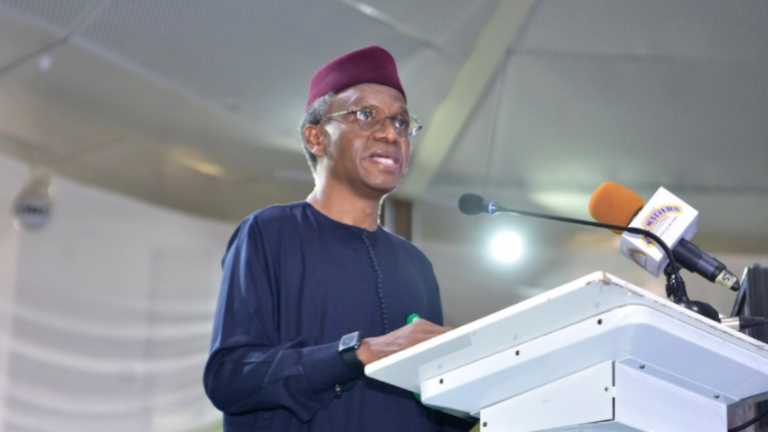 Kaduna State Governor, Nasir El-Rufai us said that Informants are posing a great challenge to the efforts to rid banditry in Kaduna state, Oyogist.com reports.

He said this at the Armed Forces Remembrance Day celebration in Kaduna on Saturday.

El-Rufai said informants living within communities in the state have been frustrating the fight against banditry.

“The level of insecurity we face in the country, especially here in Kaduna state, is of great concern and I think that the security agencies, especially the military and the police are doing their best but we need every stakeholder in order to contribute; because the biggest problem we have are the informants that live within us.

“I think it is important for religious and community leaders not only to raise their advocacy but to also watch out for people that seem to be spending a lot of money without any clear means of livelihood, they are probably informants of kidnappers; they should be report to the authorities nearest to them.”

He assured that the government will protect such information and take all necessary action.

El-Rufai expressed appreciation to the Armed Forces and the police, who are losing officers and men daily to the war against banditry and assured them of governments support not only in resources but also prayers.

“I always knew I would marry a fine woman”-Bovi brags