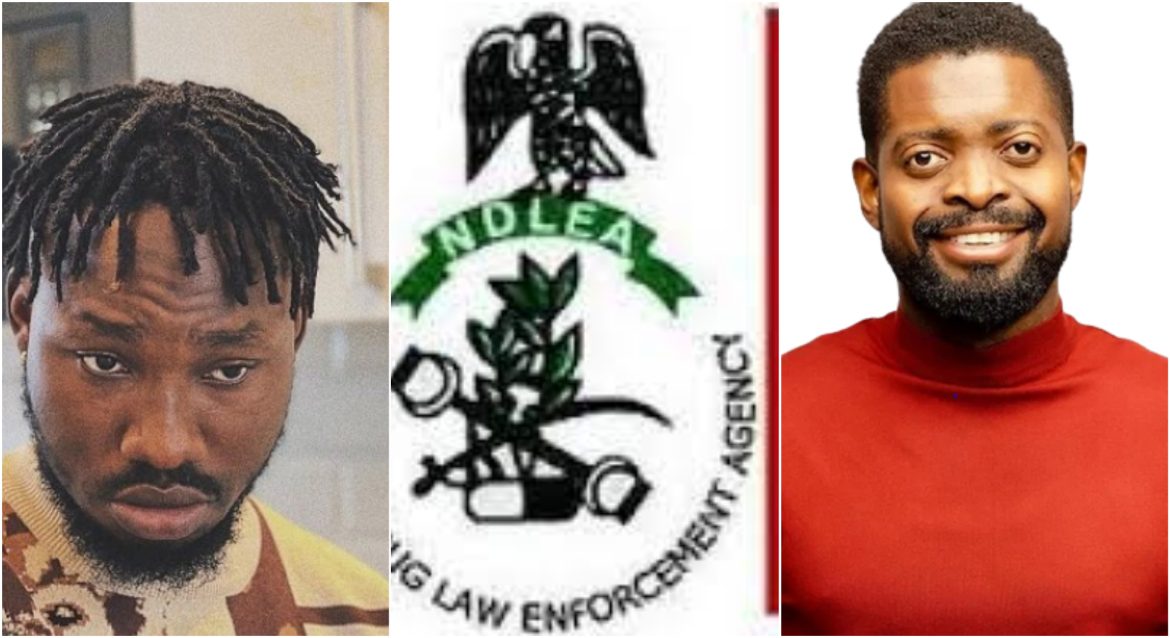 Oyogist.com has learned that Nigerian comedian, Bright Okpocha, professionally known as Basketmouth, has stated that the arrest of a skit maker, De General, was a waste of taxpayers’ money.

Born Sunday Joshua, the skit maker was earlier arrested by operatives of the National Drug Law Enforcement Agency who stormed his house in the early hours of Wednesday.

In an official statement by the agency, the skit maker admitted ownership of tramadol and cannabis drug exhibits found in his home.

Reacting to the arrest, Basketmouth took to his Instagram story to state that De General’s arrest was a waste of taxpayers’ money.

In a video he shared, the comedian made reference to the mugshot which the skit maker took at the NDLEA custody.

Basketmouth pointed out that De General was found with little quantity of weed which he snapped with.

He said, “Don’t get me wrong, I’m not supporting the use of marijuana, I don’t do such. I’ll never do such a thing but what I’m saying is that you people are wasting taxpayers’ money to go and arrest someone with small pinch of ‘igbo’. You just wasted my money now.”

It’s going to be a year like never before, Don Jazzy says as FG Lifts Twitter ban