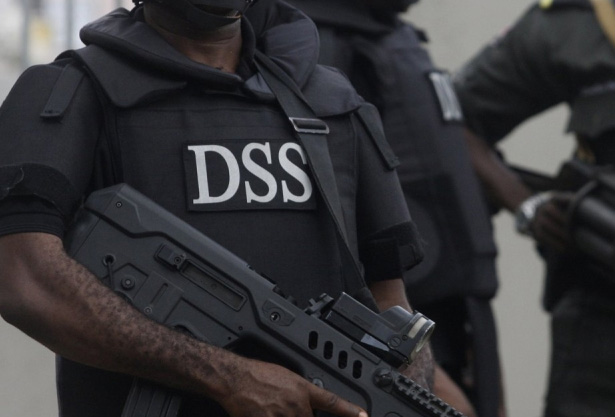 Hooded men of the Department of State Security, DSS and police on Monday took over the security of the National Assembly Complex after parliamentary staff staged a protest demanding for their unpaid allowances for 18months.

Oyogist learned that the parliamentary workers had issued a notice on the strike hinged on an MoU signed in 2019.

The agitated Protesters had shut down all the entrances into the building singing solidarity songs with placards with inscription “Pay Us Our MOU”.

The workers accused the management of the National Assembly of failure to honour a memorandum of understanding entered into by the two parties.

Some of their demands include; Payment of 50 percent balance of Consolidated Legislative Salary Structure (CONLESS), Five months CONPECULIAR Allowances, Immediate Release of Year 2022 Training Template and Evidence of Provision of Gratuity for retiring staff, End of the Year Bonus and payment of Promotion Arrears to Deserving Workers.

“There is no plan for me to leave the PDP, to join APC”- Rabiu Kwankwaso