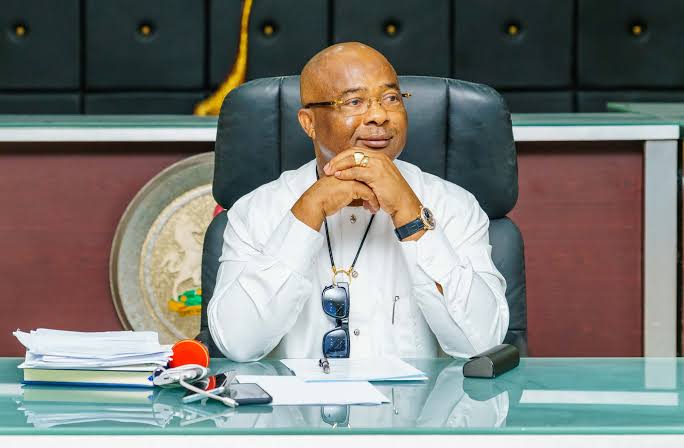 Oyogist has learned that Imo state Stakeholders recently passed a vote of confidence on the governor.

During the Stakeholders meeting, the members commended gov. hope uzodimma for his outstanding achievement so far as Governor-of the state.

Among those who spoke at the were a former governor of the Dr Ikedi Ohakim, Chief Onyeka Owenyu, Chief Obiozor the president of Oha na eze worldwide.

Shortly after the meeting, the forum passed a vote of confidence on the governor.

Gov. Hope Uzodimma while reacting to the vote of confidence disclosed that his government has succeeded in restoring democracy in the State.

According to the Governor, his government was founded on the democratic principles of open, transparent, accountable, and inclusive governance.

“I am sure that many of us will readily recall that there was once upon a time when the governance process of Imo State was shrouded in secrecy. Not only did Imo people not know how their State was governed, but there was also in fact a big wedge between the people and the government. So wide was the wedge that those who attempted to cross it to know what was happening in government got marooned in it.

“I challenge anyone to produce one single document of the previous administration where it showcased its report card to the people of the State.” he said.

“So, I can proudly declare at this point that with your support we have restored democracy to Imo State because we have restored the process of open, accountable and inclusive governance. Yes, we have banished the dark ages of government by necromancy and replaced it with the government of the people, for the people and by the people. Congratulations to all of us,” the Governor declared.