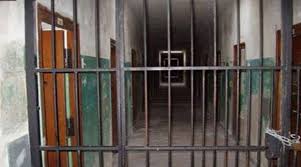 Oyogist.com has learned that Four prisoners were reportedly killed during an attempt to escape from Kosere correctional custody, Ile-Ife, Osun State on Tuesday.

It was gathered that the inmates along with others tried to access the main exit from the prison during sanitation/devotional sessions in the morning.

According to a report by Vanguard a source close to the custodial centre said, the incident occurred around 9:30 am and the uprisal was curbed by security operatives attached to the centre.

“While the inmates were conducting devotional service after a sanitation exercise, few of them began to move closer to the exit gate.

“The situation is presently under control and normalcy has returned to the facility”, the source said.

It was gathered that the Comptroller of Corrections Services, Osun State Command, Lanre Amoran has conducted an on-the-spot assessment of the facility.

Confirming the incident, Osun State Police Command spokesperson, SP Yemisi Opalola, said it is true there was an attempt to break the jail but it was foiled, adding that further detail is yet to be available.