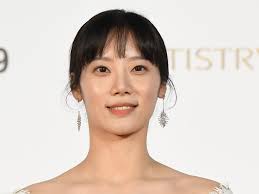 Oyogist.com has learned that Kim Mi-soo, The South Korean screen star, who starred in the Disney+ series Snowdrop, passed away on Wednesday leaving her family in ‘shock and grief-stricken’.

Kim recently gained attention for her portrayal of student activist and supporting character Yeo Jung-min in the romance drama.

Her agency Landscape said in statement released on Wednesday: ‘Kim suddenly left us on Jan. 5.’

‘The bereaved family is currently very heartbroken by the sudden mournful news.

‘The bereaved are deep in their sorrow at the sudden sadness.

‘We sincerely ask you to refrain from making up rumours or speculative reports so that the bereaved family, who are in shock and grief-stricken, can reverently commemorate the deceased.

As per her family’s wishes, the funeral will be held quietly in private.

‘Please wish for Kim Mi Soo to rest in peace, and once again, we offer our deepest condolences to the deceased.

‘Her cause of death has not yet been reported. Kim’s funeral will be held at Taeneung Sungsim Funeral Home.