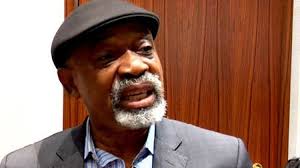 According to reports reaching Oyogist.com, Dr. Chris Ngige, Minister of Labour and Employment, has revealed why he was supposedly removed as Anambra Governor in 2005.

According to Ngige his refusal to open the treasury of Anambra state made godfathers remove him as governor of the state.

Ngige, who refused to mention the names of the “godfathers”, also claimed that he was attacked by the “powers that be”, simply because he decided to work for the people and for the development of the state.

The minister made these remarks in Awka on Saturday, after he was honoured by the traditional Ruler of Awka, Obi Gibson Nwosu, during the biennial Egwu-Uzu festival.

Ngige, who was the state governor between 2003 to 2005, recalled that his administration, as of then, embarked on mega infrastructure projects, public service reforms, prioritised workers and pensioners welfare, attracted federal presence and enthroned peace and security in the entire state, not minding the huge debts he inherited from his predecessor.

He was conferred with an Igbo royal title of “Onyili Mmagba,” meaning the man who wrestled everybody to the ground, escaped and gave freedom to others.

Ngige recalled that as a governor, he was kidnapped, though he did not pay any ransom to free himself.

“Before I came into office, Awka was a village but we transformed the village to a befitting capital city. We brought infrastructural development and introduced reforms in the public service. We tarred all the roads in the GRA, Awka. We dualised Nnamdi Azikiwe Road and put streetlights on them. We repaired the water scheme and got water running in three quarters of the city including Akwata.”