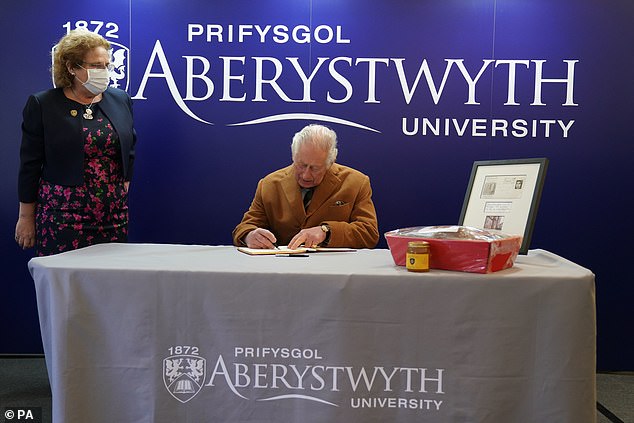 Oyogist has learned that The Prince of Wales had Visited his longtime school, Aberystwyth University, where he studied over 50 years ago.

The royal, 73, looked as he wore a face mask to officially open the institute’s new Veterinary Education Centre.

Charles arrived just after midday on Friday to deliver a speech to the first cohort of veterinary students who began their studies in September this year.

Reminiscing about his own time at the university, he said: ‘I have a horrifying feeling it’s 52 years since I was here. But I have very special memories of that time.

‘I’m delighted to have a very small part to play in helping to open it (the school) having met some of the students and interrupted their studies most successfully.

‘I do hope they will have great success in the future and the school will flourish.’ he said further.

Vice chancellor Treasure while Reacting to the Prince’s visit had said: ‘This has been a long time in the planning. Veterinary school this year, and a nursing school next year. Both will be hugely important for Wales.’