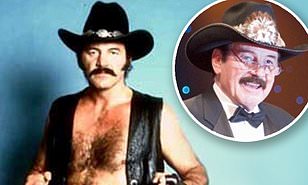 Oyogist has learned that wrestling Legend, Blackjack Lanza has died at 86.

The grappler, who was inducted into WWE’s Hall of Fame in 2006, wrestled in a tag team called The Blackjacks with the late Blackjack Mulligan and managed by the late Bobby Heenan; he later worked as a road agent for the organization.