ASUU prepares to shut down universities 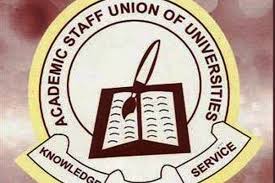 The Academic Staff Union of Universities (ASUU) has revealed it’s plan of shuttinydown universities after consultation with its branches across the country, Oyogist.com reports.

This follows the expiration of its three week ultimatum to the Federal Government to meets its demands.

ASUU’s National President, Prof. Emmanuel Osodeke speaking in an interview on Tuesday lamented that the ultimatum ended on Sunday without a single effort from the Federal Government to address their demands.

The union president said they are ready to take action immediately the ongoing consultation with branches is concluded within the week.

He said, “We have referred it to the branches. They are to meet within the week and then reply back before we take a final decision.”

Speaking on their unresolved issues with the federal government, Osodeke said “we had raised about six items and we want the government to implement them.

“There are many issues we raised which the government has not addressed and until they do that, we are ready to take action.”