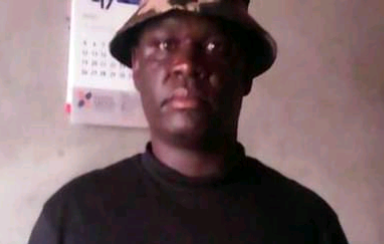 Oyogist has learned that not less than Six people were confirmed dead and two others Injured after a police officer went on a killing spree in Kabete, Nairobi county, Kenya.

According to sources, the incident which occurred at 3am, on Tuesday, December 7, led to the death of a woman and several other members of the public.

A Constable Benson Imbasi, who was responsible for the horrific attack later committed suicide by turning the gun on himself.

According to a statement by the Directorate of Criminal Investigations, DCI, the cop gone rogue who was wielding an AK-47 assault riffle, also killed three young men and a boda boda rider at N market within Kabete.