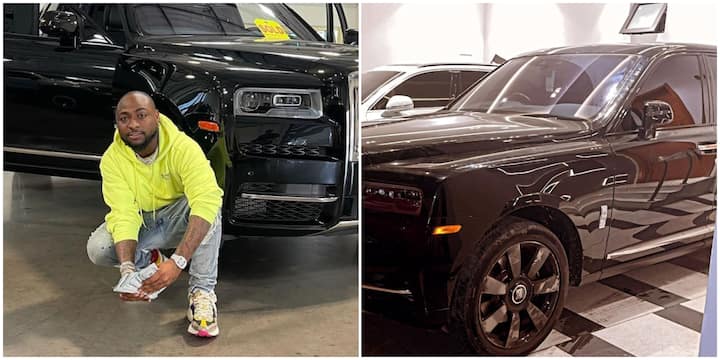 DMW Boss, Davido has received his N240 Million Rolls Royce Cullinan from the US, oyogist reports.

The Singer’s lawyer, Bobo Ajudua, took to his Instastory to upload photos of the luxury ride parked alongside other cars.

Some fans of the singer while reacting slammed some online trolls who said Davido didn’t have money to ship the car home.

Recall that in May 2021, the 30 BG musician stirred massive reactions on social media after sharing pictures of the whip that cost him over N200 million.

Davido bought the car from an automobile dealership in the US and disclosed plans to ship it all the way to Nigeria much later.