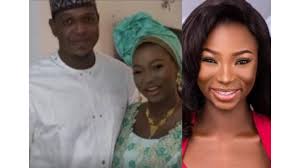 Jaruma has accused Gombe gubernatorial aspirant, Yusuf Chikaire of owing her the sum of N13M.

The aphrodisiac expert revealed how the politician allegedly promised her a sum of N13m if she brought buyers for a certain house given to him by a former president.

Jaruma alleged Yusuf is yet to fulfill his part of the deal even though she brought him 3 billionaires to check out the property.