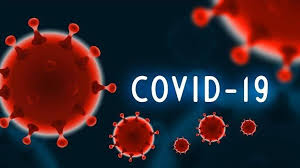 Oyogist has learned that several expert has claimed that COVID-19 conspiracy groups are now using climate change misinformation to undermine efforts put up by international bodies in bringing the pandemic under control.

The most common green conspiracy is the claim of an upcoming “climate lockdown”, where countries will be locked down for long periods to meet climate change targets.

Other fake theories alleged that a powerful group of elites are using climate change policies to control and harm the wider public, with celebrities such as Gary Lineker and Joanna Lumley being “hired” to help brainwash people.

Conspiracy theories can affect people’s attitudes, intentions and behaviours,” according to Karen Douglas, a professor of social psychology at the University of Kent.”

“It may seem like hot air now, but there may be consequences down the line.” He said further.