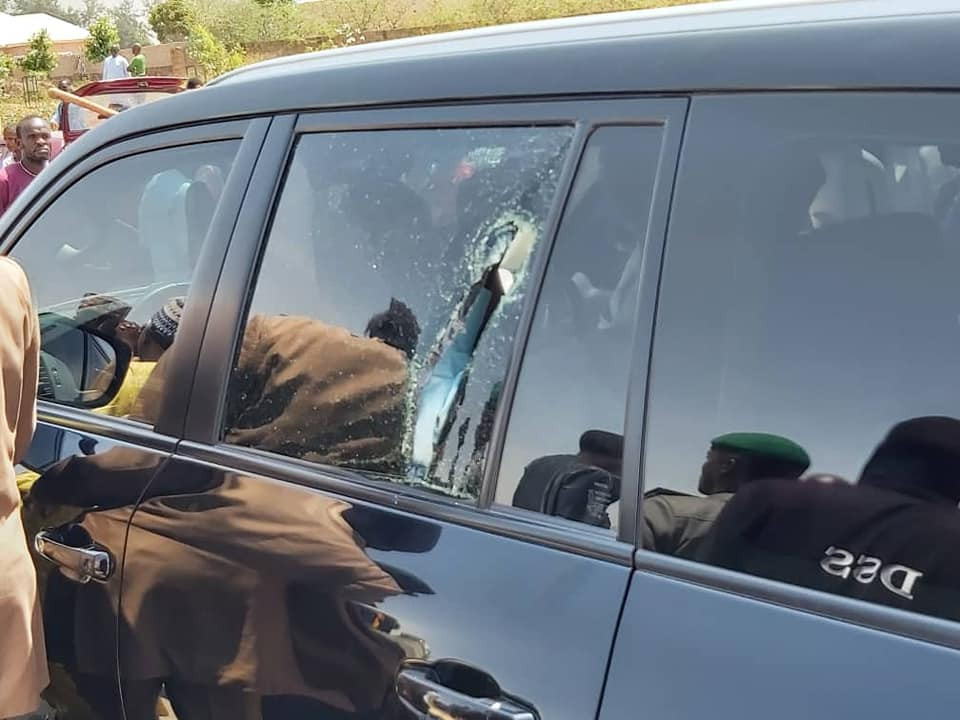 Oyogist has learned that several thugs attacked the convoy of ex. Governor of Gombe state, Danjuma Goje injuring many.

According to SOURCES, the violent thugs arrived the area in the early hours of Friday morning, damaging the former governor’s vehicle and injuring many.

Lilian Nworie, an aide of the senator while confirming the incident said the thugs where Allegedly hired by incumbent Governor, Inuwa Yahaya.

Nworie also stated that police officers stationed in the area did not make any effort to stop the chaos.

It has however been reported that police officers have been deployed to restore law and order in the erea.