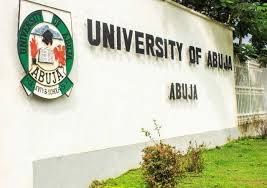 Oyogist.com has learned that the six people recently kidnapped from the University of Abuja have been freed.

Recall that an attack on the University’s staff quarters early Tuesday, lead to the kidnapping of six people, including a professor, Obansa Joseph, and his two children.

The vice-chancellor of the University, AbdulRasheed Na’Allah, announced the release of the victims in a statement he shared with members of the university community Friday morning.

A statement by the University and signed by the head of information and university relations, Habib Yakoob, noted that the abductors had demanded N300 million as ransom but that the University paid nothing.

The statement reads in part; “The victims were rescued following the operations of the combined security forces including the police, DSS, Military, and University of Abuja Safety Officers.

“Though the abductors earlier demanded payment of three hundred million (N300, 000,000) naira ransom, our staff were rescued without any payment at all.”

The statement expressed the institution’s appreciation to the security operatives, the government of Nigeria and well-meaning Nigerians, for what it described as standing by the University while the rescue operation lasted.

It added; “University management expresses gratitude to God Almighty; the joint forces, including military, DSSS, University of Abuja safety officers for the unconditional release of our staff.“At the moment, the university community is in wild jubilation as staff and students are congratulating and hugging themselves for this good news.

“The management of the University is also grateful to all our staff, well-meaning Nigerians, who empathized with us in that moment of tribulation and trial. Without your relentless prayers and support, we might still be in a terrible mood.

“The management restates its commitment to providing adequate security to the University community and will continue to work with security operatives to prevent a repeat of that ugly incident.”