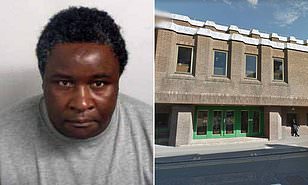 Oyogist has learned that Eddie Achunche, a 45yr old man from Harlow, Essex has been sentenced to four years imprisonment for Attacking his neighbour with a drill during a heated argument.

Police rushed to the scene of the incident in Harlow, Essex, at around 1pm on August 3 after it got reports that a man had been attacked with an electric drill.

When officers arrived, they found 45-year-old Eddie Achunche with the drill still in his hand.

Achunche had attacked the victim after they confronted him over his late night drilling the previous night that had kept residents in the street awake.

The victim sustained several injuries, as he had a bleed on the brain and now has significant weakness and physical impairment on his right upper and lower limbs as well as double vision in his left eye resulting in memory and cognitive issues.

Achunche claimed he was acting in self defence and hadn’t meant to hurt anyone but was arrested and charged.