“Be careful of hateful moments in Life” – Journalist, Kemi Olunloyo Reacts to late Obama DMW’s post on Wizkid’s Made In Lagos Album 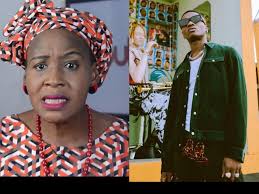 Oyogist has learned that Popular Journalist, kemi olunloyo has urged her numerous followers to Be careful of hateful moments in Life.

Noting the twist of event, Kemi affirmed that the album which Obama condemned has now won Wizkid several recognitions.

She noted how Wizkid is currently in 7 billboard charts and possibly 3 Grammy nominations.

She warned people against giving hate comments as she noted how the late aide is now dead.