Copyright 2021 - All Right Reserved
Home Celebrities ”From audio to video”- Relationship expert, Blessing Okoro, Set to launch her own house, 2 years after she was mocked for claiming a man’s house as hers
Celebrities 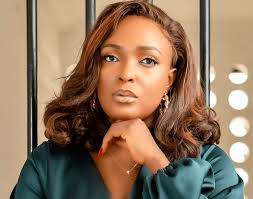 Relationship expert, Blessing Okoro aka Blessing CEO, has shown off her house which is almost on is way to completion two years after she was mocked 2 years ago for claiming a man’s house as hers, Oyogist.com reports.

Blessing shared footage from the house she claimed to currently be building via her Instagram page.

Recall that Blessing came into the limelight in 2019 after she claimed to be the owner of the house that was later discovered to be owned by one Onye Eze, a businessman based in China.

Blessing was humiliated after the man got her apprehended, handcuffed, and shared a video of her confessing online.

2 Years after the incident, Blessing has now built her own house which she says will be opened in December.

According to her post, she went from audio to video, as she revealed that the the humiliation she received last 2 years dragged her to building her own house.

”’DecemberI will show u the final result….. this is the process, we dey call White House and I am taking the street . Look out for BCEO Avenue.

Paul say I picked up the stone nobody threw me and built mansion in the air , that line pain me.For every time they mocked me on Instablog I was building.

The insult kept me pushing and determined I swear.They dragged me to my success story . I can’t thank you people enough. Thanks for not giving up on me”

Watch a video clip showing the building below ;

Why FG has not declared bandits terrorists – Defence Minister