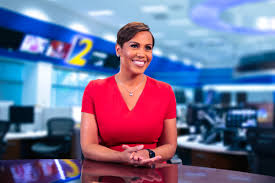 According to reports reaching oyogist.com, a popular journalist in Atlanta, Jovita Moore has passed away after battling brain cancer.

According to sources, Jovita died late Thursday night, seven months after being diagnosed with an aggressive form of brain cancer.

The journalist had been with Channel 2 Action News since 1998.

She is survived by her mother, two wonderful children and stepdaughter, as she described them as the most important accomplishments of her life.

Friends and anchors took to their social media handles to share tributes to late jovita Moore.