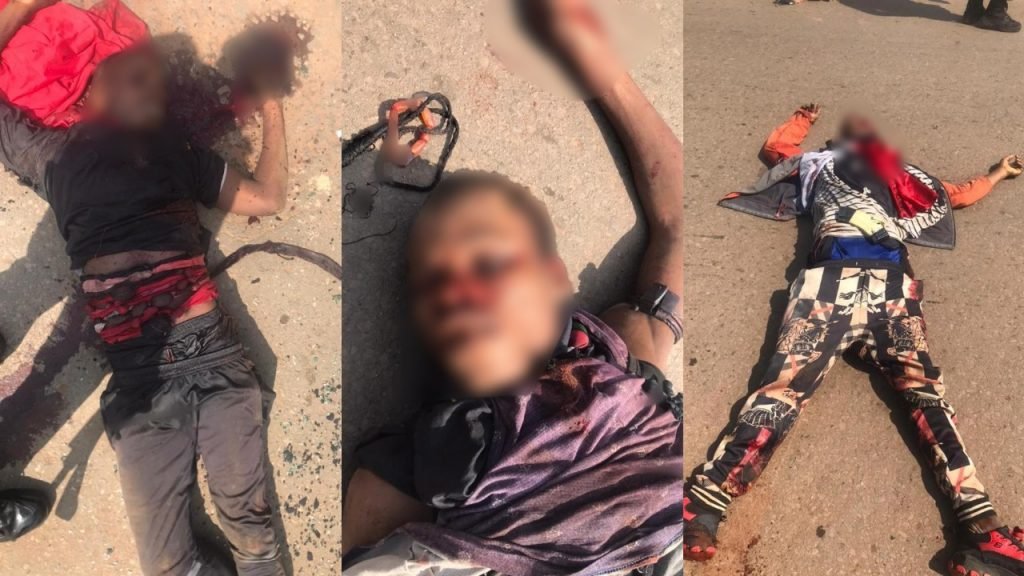 According to report reaching oyogist.com, the Nigerian Army has confirmed the annihilation of Indigenous Peoples of Biafra (IPOB) controlled Eastern Security Network (ESN) fighters in Anambra.

Nwachukwu recalled that after the attack, troops swiftly mobilised to the scene and embarked on the pursuit of the criminals along Nnewi – Nnobi road.

The soldiers made contact with the fleeing gunmen, engaged them and killed four. A number of weapons and items were recovered.

These include two AK-47 Rifles, one GALIL Ace 5.56 x 45 Iwi Gun, one Avofeng Handheld radio, and one Black Highlander jeep.

The troops overwhelmed the secessionists in the shootout that ensued, forcing them to take to their heels.

“Members of the public are reassured that the Nigerian Army, sister services and other security agencies will not relent in confronting all criminals intents against the citizenry and national interest”, Nwachukwu added.

“Nigeria should have state police in all the states”- Obasanjo